To share your memory on the wall of Jeffrey Boothe, sign in using one of the following options:

To know Dr. Jeffrey Boothe is to love him. He was the kind of man who walked into a room and added light, joy and personality to it, filling the room wi... Read More
Dr. Jeffrey F. Boothe, age 67 of Merced, CA, passed away unexpectedly May 17, 2021.

To know Dr. Jeffrey Boothe is to love him. He was the kind of man who walked into a room and added light, joy and personality to it, filling the room with his infectious, recognizable laugh. He was warm and friendly to everyone he met and his personality was magnetic, an attribute that carried him successfully and happily through his 67 years of life.

Jeff was a family man, devoted to raising his three sons, Brandon, Kyle, and Chris, and to his wife Sherry, who was his best friend and the love of his life. Sherry and Jeff shared a love and devotion for one another that was noticed and admired by all who know them. This summer they would have celebrated their 45th wedding anniversary. He also adored his six grandchildren, playing an active part in their lives, and they all adored him right back.

Dr. Boothe was a man who prided himself in his work as a dentist. After graduating dental school in 1984 from the University of Texas Health Science Center at San Antonio, Jeff and his wife Sherry returned to Jeff’s hometown of Merced, CA, to raise their family and open up his dental practice. For 37 years he dedicated himself to his craft of dentistry, and his care and concern for his patients. Dr. Boothe was a member of the California Dental Association, the Seattle Study Club, the Yosemite Dental Society and the Las Vegas Institute for Cosmetic Dentistry.

Growing up, Jeff was an incredible multi-sport athlete, excelling in basketball, football and baseball at Merced High School, where he held a basketball scoring record for many years for the most points scored in a game. After high school Jeff spent two years playing basketball at Merced Community College before transferring to University of Texas on scholarship to play basketball for two more years. In 2019 Jeffrey was honored to be inducted into the Merced High School Hall of Fame for his athletic successes.

Jeff could often be found swinging golf clubs at the Merced Country Club, a favorite place of his to spend a Friday morning with his favorite golf buddies. Jeff had an artistic gift, spending many afternoons painting beautiful watercolor landscapes that fill his home. He was also an active member in the Church of Jesus Christ of Latter Day Saints, serving in many capacities during his life.

The sounds of Jeff strumming his guitar as he sings “Hotel California,” “Free Fallin,” and especially his annual Christmas Elvis impersonation to the tune of “Blue Christmas” will be greatly missed by his family and loved ones.

Jeff Boothe was born April 9, 1954 in Brigham City, UT to Parents Donna Boothe, and Lee Boothe (deceased). Jeff is survived by his wife Sherry, his son Brandon (Julie), son Kyle, and son Chris (Stephanie). He is also loved by his six grandchildren, Austin, Avery, Taylor, Brinley, Madyn and Layla, his loving mother Donna and his brothers Jesse (Julie) and Donnie. He is preceded in death by his father Lee and brother Steven.

A memorial service will be held on Saturday, June 12 at 11:00 am, at the Church of Jesus Christ of Latter Day Saints building located at 1080 E. Yosemite Ave., Merced, CA.
Read Less

To send flowers to the family or plant a tree in memory of Jeffrey F. Boothe, please visit our Heartfelt Sympathies Store.

There are no events scheduled. You can still show your support by sending flowers directly to the family, or planting a memorial tree in memory of Jeffrey F. Boothe.
Visit the Heartfelt Sympathies Store

We encourage you to share your most beloved memories of Jeffrey here, so that the family and other loved ones can always see it. You can upload cherished photographs, or share your favorite stories, and can even comment on those shared by others.

The Aurum Group, Teresa Lee, and other have sent flowers to the family of Jeffrey F. Boothe.
Show you care by sending flowers

The Aurum Group purchased flowers and planted a memorial tree for the family of Jeffrey Boothe. Send Flowers

Posted Jun 15, 2021 at 11:29am
Great guy, met him at University of Texas. Good basketball player. Later in life, I became friends with Lance Gordon in Houston, a good friend of Jeff's as well as one of my best buddies . Take care and God bless your family and friends.
Comment Share
Share via:
K

Posted Jun 10, 2021 at 01:20am
Jeffreys dad LEE what is my PE coach and the one that always encouraged me to play basketball even though I was a foot shorter and probably 50 pounds on a good day…. Jeff would always come to the gym and hoop with us when he had time and he was always so helpful and showed me nothing but encouragement about wife and my basketball game. Are used to call him Dr. J when he came in the gym.. my condolences to his family, just know that him and his father made a life long lasting impression on me in such a positive way and I am eternally grateful… RiP
Comment Share
Share via:
TL

Posted Jun 09, 2021 at 09:30pm
My deepest condolences to you and your family. My thoughts and prayers are with you.

Much Love from all of us.

Much Love from all of us. purchased flowers for the family of Jeffrey Boothe. Send Flowers 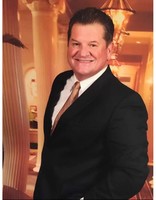 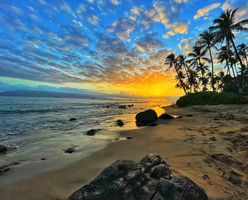