To share your memory on the wall of Willie K., sign in using one of the following options:

Provide comfort for the family by sending flowers or planting a tree in memory of Willie K.

Provide comfort for the family by sending flowers or planting a tree in memory of Willie K.

Hawaii’s Musical Legend and extraordinaire
Willie K passed peacefully at home with ohana
members at his side on Monday May 18... Read More
Private Family Services were held.

Hawaii’s Musical Legend and extraordinaire
Willie K passed peacefully at home with ohana
members at his side on Monday May 18, 2020.
William Awihilima Kahaiali’i was born October 17,
1960 on the island of Oahu to Wilmont “Manu”
Kahaiali’i Sr. and Ivy Kaipo Kamano. He is the second
oldest of ten boys and six girls.
Willie started playing music at a young age with his Dad
and family band after moving to Maui. He could pick up any
instrument and play it like an expert. He played xylophone,
ukulele, electric bass and toere in the family shows. Growing
up he played traditional Hawaiian, Contemporary, Oldies,
Gospel, and Country Music. But he always loved Jazz, Blues,
Rock and Heavy Metal. He moved to the mainland to try
and make it “big”, but the local boy in him got homesick
so he moved back home. William Kahaiali’i became
Willie “K” since people could not pronounce
Kahaiali’i.
Willie had an insatiable appetite to learn different
genres of music which he achieved effortlessly.
He always gave 150 percent at every
performance. While on tour he made it a
point to learn a song in the language of each country he visited. He would also do protocol with indigenous tribes. He loved being on stage, playing music and playing for his fans. Though he is known around the World and Hawai’i as the incomparable Willie K for his musical talents, many did not know this phenomenal human being.

First and foremost, he was a proud Hawaiian man that loved and cherished his family. He loved Hawai’i, the cultureand everyone in it, especially the children. He was strict, intelligent, philosophical, perceptive, humorous,compassionate, and very spiritual. He would pray and consult with Kupuna before making any major decisions.

He was honored to have receive numerous accolades over the years for his musical accomplishments, but most might not know the other personal interests he held dear to his heart:
• President of Kahaiali’i Ohana Board.
• Sifu William Kahaiali’i (3rd Degree Blackbelt in Gosikido).
• Recognized Legal Descendant of Kohanaiki, Moku o Keawe (Hawai’i Island).
• Supported and served on the council of Chiefs for Pu’u Kohola.
• William Awihilima Kahaiali’i KCRC – Knight Commander for the Royal Order of the Crown of Hawai’i.
• President for Hui Wa’a Kaulua (the assembly of the double
hull canoes).
• Aha Moku System (land and ocean resource management).
An advocate to preserve and perpetuate traditional and
cultural protocols.
• Hosted and co-chair Willie K Celebrity Golf Tournament
benefitting the Maui Memorial Medical Center-Oncology
Dept. And helped start “The Pink CD Project” that benefits
Breast Cancer education programs run by MMMC
foundation.
• Willie K Bluesfest
He was a supporter and sponsor of:
• Lahainaluna Music Program and PTSA
• 6-time West Reginal Wrestling Team “One Ohana”
• “Lahaina Heat” youth Baseball Team.
• Special Armed Forces
• Maui Police Dept. “Seasons of Aloha”
• Annual SWAT Gala.
He was an advocate and supporter of:
• Lahaina Town
• LGBT/ Marriage Equality
• Women Helping Women and other victims of Domestic
Violence
• Na Kupuna O Maui, Kaunoa and other senior programs
• State of Hawaii and all 4 County Government Departments
• And many, many more local and International organizations

The ‘ohana would like to send a special MAHALO NUI to: Hospice
Maui, Pacific Cancer Institute, Kaiser Permanente Doctors & staff
of Maui Lani & Wailuku Oncology, Maui Memorial Medical Center,
Maui Arts & Cultural Center, Kimo’s Lahaina, Mulligans on the
Blue, Blue Note Hawai’i, Stage 4, Kahaiali’i ‘ohana, Kamano
‘ohana, Willie’s close friends and extended ‘ohana, numerous
venues, & ALL his friends and fans throughout the world.
Willie said it best “I am unlike any other Hawaiian that’s ever
been seen or heard before.”
His presence will be missed immensely. We are grateful and
blessed that he shared his life with us. “Aloha no wau ia makou a
mau loa aku”

Private family services were held. A Celebration of Life will be
announced later.

Send condolences to: P.O. Box 1454, Wailuku, HI 96793
Or to sponsor the planting of a Koa tree in the Kahaiali’i Forest in
Kealakekua, HI, go to: ReforestHawaii.org.
Read Less

To send flowers to the family or plant a tree in memory of Willie K., please visit our Heartfelt Sympathies Store.

There are no events scheduled. You can still show your support by sending flowers directly to the family, or planting a memorial tree in memory of Willie K..
Visit the Heartfelt Sympathies Store

We encourage you to share your most beloved memories of Willie K. here, so that the family and other loved ones can always see it. You can upload cherished photographs, or share your favorite stories, and can even comment on those shared by others. 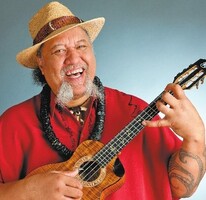 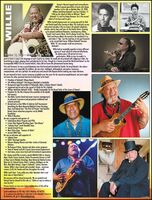