To share your memory on the wall of Samuel Mariano, sign in using one of the following options:

It was by the grace of God and with the love and support of his sister, Laura Lalica, together with his late brother-in-law, Mariano Lalica, that Samuel Jose Mariano along with his 2 brothers emigrated to Hawaii in 1978. While in Oahu, his good friend, late Fermin Domingo, and family, invited him to come to Maui to work, where he eventually settled with his family. His coming to the State of Hawaii paved the way for the rest of his family to join him where their family has grown.

He was a hard-working husband and father who provided for his family and had worked at the Sheraton Maui from 1981 until he retired and was active in the Local 5 Union during his employment years. After retirement, he worked part time at the Maui Sands for several years.

He was a former barrio captain of Palagao – Batug, Gattaran, Cagayan for many years and his dedication and sacrifices were vital for the betterment of the community as a whole.

He was a God-fearing man, always praising the Lord Jesus and reminding everyone that God is good all the time. He has been a faithful elder and member of the International Christian Fellowship Church in Lahaina. Being a musician himself when he was in his early age playing flute and mandolin, he loved watching and listening to his grandchildren play musical instruments and sing Christian songs.

He and his loving wife had touched so many lives. God had made him a great man that is leaving a profound and deep-rooted legacy to his children, grandchildren and great grandchildren. His memories and recollections will live on forever. #themarianostrong

Services will be held at Norman’s Mortuary with burial to follow at Maui Memorial Park Cemetery.

Mask and social distancing required. For everyone’s safety, please express your sympathy by waving your hand and refrain from hugging and handshaking. Mahalo.
Read Less

To send flowers to the family or plant a tree in memory of Samuel Jose Mariano, please visit our Heartfelt Sympathies Store.

There are no events scheduled. You can still show your support by sending flowers directly to the family, or planting a memorial tree in memory of Samuel Jose Mariano.
Visit the Heartfelt Sympathies Store

We encourage you to share your most beloved memories of Samuel here, so that the family and other loved ones can always see it. You can upload cherished photographs, or share your favorite stories, and can even comment on those shared by others. 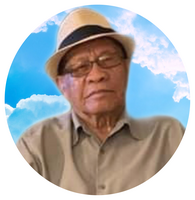