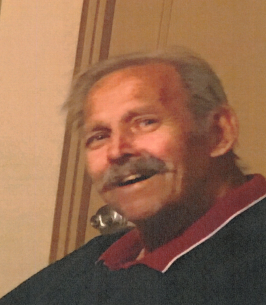 Joseph “Joe” Gaskey Jr., passed away peacefully at Hale Makua Health Services on Thursday, May 5, 2022.
He was born on February 22, 1945 in Greensburg, Pennsylvania. He is preceded in death by his father Joseph Gaskey, Sr., mother Helen (Shimshock), and his son Joseph “Joey” Gaskey.

He is survived by his wife of 54 years Patricia (Hamrock).
He will be lovingly missed by his daughter; Saundra (Moriyasu), his son-in-law; Roy Moriyasu, and his grandsons; Hunter Moriyasu and Buck Moriyasu. Also, his sister Maryann (Katonka) including several nephews and nieces.
Joe was an alumni of Greensburg Central Catholic High School and at the University of Dayton.

He was an engineer and worked his entire career with Allegheny Power (now known as First Energy) in Pennsylvania.

He had a passion for building and home repairs. He enjoyed traveling and trying out new foods. He was a golf athlete and coached his kids to follow since he spent many hours on the course. He really enjoyed golfing, watching on TV, but mostly playing the game.
The family wishes to thank family and friends for all of their thoughts and prayers. Also, the staff at Hale Makua Kahului and at Hospice Maui for all of their care and compassion.